Ostracods are small crustaceans that range in size from 0.5 to 2.5 mm. They are enclosed in a shell (carapace) that consists of two valves, attached at the back of the animal, but open at the front and sides. This carapace is round or oval in shape when viewed from the side. Ostracods have one eye on either side of their body, located just behind the antennae. Six or seven pairs of appendages (legs), which include antennae, feeding limbs, and swimming legs, stick out of the carapace when the animal moves or feeds. However, they can retract their appendages into the carapace, and close the shell. In this state, they look like tiny seeds, hence their common name of “seed shrimp”.

Of all the crustaceans, this group has the oldest known fossils, possibly because the shells preserve well. Approximately twelve species, belonging to four genera (Candona, Limnocythere, Prionocypris, and Cyclocypris) occur in the Arctic, and two of these species occur nowhere else in the world! All freshwater arctic ostracods are essentially bottom-dwellers, feeding on the organic debris.

Freshwater ostracods in the Arctic are remarkable for the high frequency of species which reproduce asexually; about one-third of all freshwater ostracods have given up sex and reproduce via parthenogenesis, whereby females give rise to more females without fertilization by a male. This is of great interest, because their ancestors reproduced sexually, so these species have abandoned sex for some reason. Most ostracod species lay their eggs on the bottom sediments or on aquatic vegetation. These eggs may hatch soon after they are laid or remain undeveloped for more than one year. Like many arctic crustaceans, these eggs are able to withstand freezing. 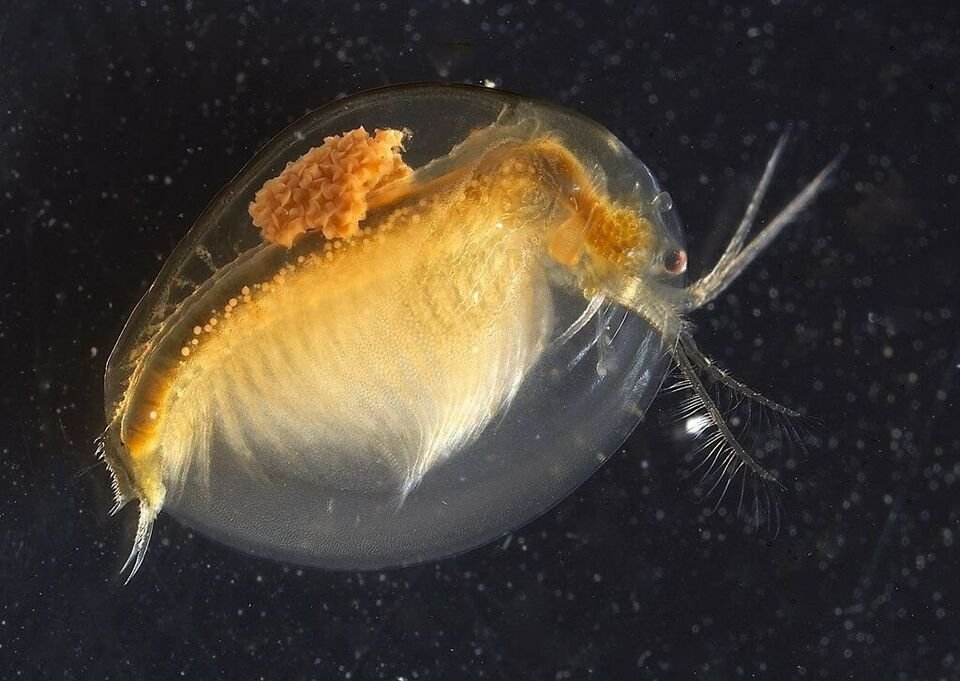